We had to do a prototype of the game. So we made a 5 min gameplay to introduce the differents mechanics to the client.

This project is a God Tactical Game in which the player can control a crowd  full of protesters which are fighting Policemen. There is two ways of playing the game, you can lead your protest toward violence against the Policemen but you will not have the favor of the Journalist, or you can just protest peacefully without any  damage caused. It's up to you to choose your way !

Different steps to play the game !

4 - Play and enjoy your experience ! 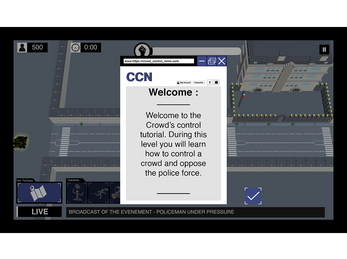 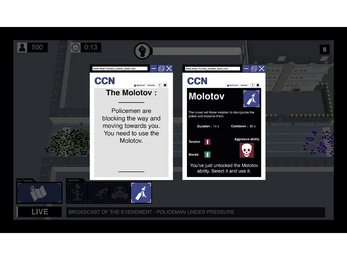 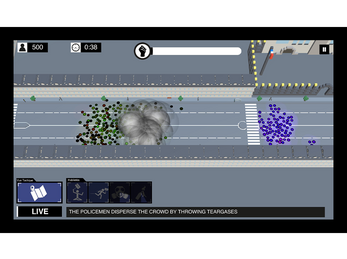 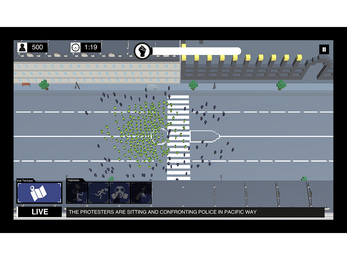